The 2006 Military Lending Act put into place a number of protective mechanisms designed to better protect our members of the military. Those changes were good, though incomplete. Now, the Department of Defense is following up and is proposing a rather large expansion of those rules. Once incorporated, they will go further to shield military families from predatory lending. This should close those loopholes that allow unethical financial entities to take advantage of the vulnerabilities. But what about those who this won’t affect? And even with the changes, is it enough to help members of the military avoid bankruptcy? 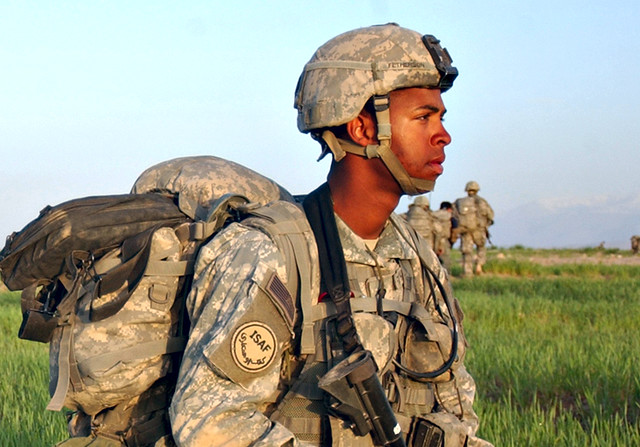 period limitations that were part of the rules in 2007. Remember, these rules did not apply to credit card payments and other retail charge accounts. Needless to say, these were left lacking. The Consumer Financial Protection Bureau has many financial companies in its crosshairs for illegal efforts directed to military members, but for a growing number, bankruptcy protection remains the one option that efficiently and completely allows them to put it behind them.

“As one of the agencies charged with enforcing the Military Lending Act, we have seen firsthand how lenders use loopholes in the rule to prey on members of the military,” Consumer Financial Protection Bureau (CFPB) chief Richard Cordray said. “They lurk right outside of military bases, offering loans that fall just beyond the parameters of the current rule. This proposal would shut down the predatory lending to the military that has flourished through exploiting legal technicalities.”

Many have shown support for the new financial protections for military revamp, including several financial watchdogs outside the government. Americans for Financial Reform (AFR) emailed a statement that touted the decision of “taking much-needed action to close dangerous loopholes in the original regulations.” One example cited offered by AFR:

In 2011, a Marine had taken out a loan of $1,615 and used his car as collateral. Over the next three years, he was charged $15,600. He had no legal recourse because the loan he signed came with a forced arbitration clause that would have been illegal if the Military Lending Act rules had applied to the loan.

Bankruptcy could have helped him not only get out from under the loan, but odds are, we could have helped him secure new financing for a new car with an impressively lower interest rate. Many dealerships in Texas finance our clients either during their Chapter 7 bankruptcy case and immediately after their Chapter 7 discharge. This is  a great way to immediately begin to rebuild credit and it gets our clients – and certainly our clients in the military – out from under the anxiety and fears associated with unrealistic payments.

It’s not limited to just members of the military. For millions of Americans in dire financial straits, predatory lending products continue to be the best of several bad options at their disposal despite unbelievably high interest rates. The payday lending industry in the U.S. alone serves 12 million people a year and accounts for a massive $3 billion out of the poorest communities across the nation.

There are many new financial laws that will continue to improve the options available for consumers. Bankruptcy remains a strong option for millions of Americans, too. To learn more about how the bankruptcy laws continue to protect all of us, contact my office today. We can help eliminate the myths, provide a solid plan that helps you get back on your feet and all the while, work to get the heavy burden of overwhelming debt off of your shoulders.

What Our Clients Are Saying

What great attentive and caring staff. They truly understand the difficulties with this decision and make the process as bearable. Thanks for truly caring and not treating my family as just a number... Humbled...

Everyone in the office is so professional n respectful. Since I have major hearing problems they worked with me to complete all necessary forms. and agreed to have my sister help.

From the first time I walked in the door I was treated with respect, dignity and concern. I am communicated with on a regular basis, my questions are always answered in a timely manner and if I need to speak to my attorney she is available as well. I was told the process upfront, costs and time... Read More

This firm came highly recommended by associates and by their reviews. And they earned the five stars from me at the first consultation. The appointment was very comfortable and not stressful at all. After being uneasy about my choice to pursue bankruptcy, this firm gave me a sense of peace about my... Read More

My experience with Erin Shank and her office personal was excellent! Very professional environment, friendly and above all she really does care about helping people. Thank you!

I have been practicing bankruptcy law in Texas for over 30 years. My firm is dedicated to helping individuals and small businesses find a way out of their financial difficulties.

Click to view a map to our Killeen office

Click to view a map to our Waco office

©2011-2015. Erin B. Shank is licensed only in the state of Texas. Past performance is no guarantee future results.

This law firm has been designated by the U.S. Congress as a Federal Debt Relief Agency. Erin has been proudly representing U.S. citizens filing bankruptcy cases in Texas for over 35 years.